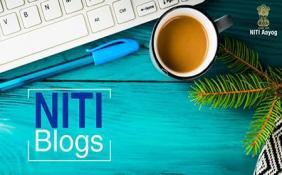 Universal health coverage (UHC) is about ensuring that people have access to the health care they need without suffering financial hardship. The World Health Organization recognizes curbing out-of-pocket-expenditure (OOPE) for availing health services as a key step for moving towards UHC.

OOPE remains a challenging part of India’s health system story. Health financing in the country is still largely private. According to data from the National Health Accounts (NHA), although OOPE (as a % of Total Health Expenditure) has decreased between 2004-05 and 2017-18 from 69.4% to 48.4%, it continues to be one of the highest globally. Further, if we include payments towards availing insurance which NHA terms as Household Health Expenditure (including insurance contributions) the figure rises to 54.3% of Total Health Expenditure, with significant variation across states.

Large OOPE on health is a serious issue. Given the Indian demography and economic situation, it can push vulnerable households into poverty. The catastrophic effects of healthcare spending are, however, not limited to the poor – they impact all segments of the population.

Health insurance provides greater financial protection against health shocks by limiting OOPE in the times of distress. One of the most important steps taken by the Government towards tackling this issue and expanding UHC is the launch of the Pradhan Mantri – Jan Arogya Yojana (PM-JAY). India’s Economic Survey, 2020-21 highlights that the health outcomes of States that adopted PM-JAY improved as compared to States that did not. This underscores the importance of such public health insurance schemes especially for the vulnerable sections of society. The coverage of health insurance has expanded across the country. Between National Family Health Survey (NFHS)-4 and NFHS-5, the percentage of households with any member having a health insurance scheme has increased from 29% to 41% at the all-India level.

The Prime Minister’s ‘Saturation Coverage’ drive is a pivotal step in ensuring that the scheme and its attached benefits reach every eligible citizen of India. With the active involvement of State Governments, this drive can ensure ramping up of health insurance coverage across the country.

Several measures can be taken at the policy level to provide an impetus to the expansion of health insurance in India and achieve UHC as well as the health-related Sustainable Development Goals. Greater collaboration should be fostered between the Central and State Governments to ensure that the benefits of Centrally Sponsored Schemes like PM-JAY are progressively enlarged. Large-scale awareness efforts should be undertaken to enhance the uptake of health insurance schemes. Various channels can be utilized for these awareness drives including hospitals, the Health and Wellness Centres being established under Ayushman Bharat as well as through the involvement of frontline health workers and communities. Further, as suggested by a NITI Aayog report, the Government can directly increase enrolment or reduce costs by subsidizing the poorest sections of the ‘missing middle’ population, and/or using the PM-JAY infrastructure to offer a voluntary contributory enrolment.